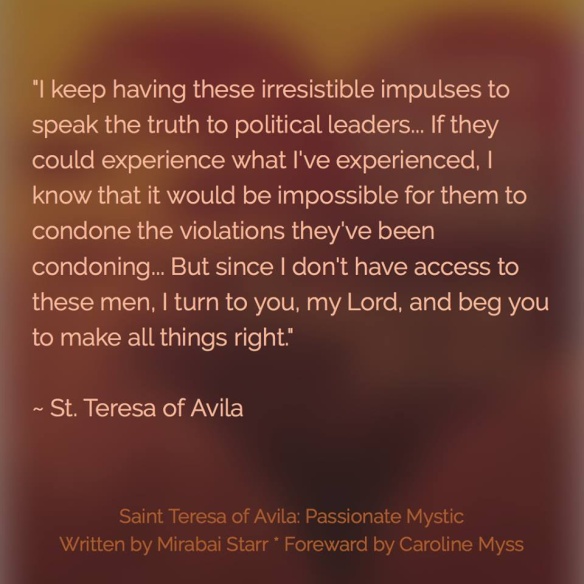 In my last year of college (1963), Father Edward L. Maginnis S. J., the chairman of the theology department offered a seminar for seniors only. I don’t remember how the seminar was listed in the catalogue, but it was popularly known as “Can a Thinking Christian Be a Goldwater Republican.” This class had little to do with Barry Goldwater and everything to do with tweaking Edwin J. Feulner, the student body president who was a zealot and evangelist for the Goldwater brand of Republican conservatism. This was a somewhat quixotic endeavor to undertake on the campus of a Catholic men’s college during the Camelot years of John F. Kennedy’s presidency; the majority of students were resonating with Kennedy’s call to selfless service which aligned so perfectly with the principal raison d’etre of Jesuit education and formation: “to be a man for others.”

The key word in Father Magnnis’s course title is not, Christian, or Republican or even Goldwater; it is “Thinking”! Jesuits take some justified pride in teaching their students how to think thus abdicating forever the power to tell them what to think. Evidence of the Jesuits’ success and, perhaps, the mixed results can be found in the footnote.*

In spite of Father Maginnis’s appeals to reason, Ed Feulner, remained steadfast in his ideology. After graduation he went to Wharton School of Business (Donald J. Trump’s alma mater, I know), and onto Washington D.C. where he was a Founding Trustee of the ultra-conservative Heritage Foundation and, later, the Foundation’s President.

Ed and I were good friends in college. I even attended his wedding in New York City. I tried to be on my best behavior but I couldn’t resist telling him I had voted for Jesse Jackson in the Democratic Presidential Primary. (I wish you could have been there.)

All of this brings me to House Speaker Paul Ryan: he could be a veritable poster boy for my Catholic youth. Picture him in an altar boy’s cassock and surplice on the cover of Sodality magazine! (If you are not Catholic—or not a Catholic of a certain age, Google “Sodality.”)

Paul Ryan is an actively practicing Catholic and still attends the church he attended as a child. Yet he has cited novelist and “philosopher” Ayn Rand as a major influence on his decision to enter public service. It’s best to read Ayn Rand’s works, like many of J. D. Salinger’s works, in late adolescence or (very) early adulthood. In my experience, they lose resonance and sheen as one leaves the shelters of academia to enter the real world.

Challenged about his devotion to Ayn Rand and his acceptance of, or ignorance of, her well-known atheism, Ryan cited medieval philosopher and theologian, St. Thomas Aquinas as another great influence on his thinking.

When I was in college, a minor in philosophy (a minimum of 15 credit hours) was a requirement of a Jesuit liberal arts education. Philosophy, for the most part meant the study of St. Thomas Aquinas and his exhaustive commentaries on faith and reason. I still have the hard-bound copies of Encyclopedia Britannica’s Great Books, volumes 19 and 20 (nearly 2000 pages of double columned small print), which were our text. 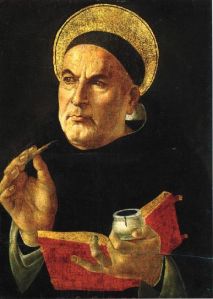 Paradox: After St Thomas had written these thousands of words, he had a mystical vision and never wrote again. Asked to write again, he was reported to have said, “I can write no more. I have seen things that make my writings like straw.”

Every Sunday, The New York Times Review of Books interviews someone of note, and asks them if they could have a dinner party with any authors living or dead, “who would they choose?” What I wouldn’t give to be a fly on the wall at a dinner with Paul Ryan, Ayn Rand, Thomas Aquinas, Ed Feulner, and, say, St. Teresa of Avila. Can you imagine St. Teresa and Any Rand conversing over a glass of wine? Gentlemen, shut up and listen.

We were talking about Paul Ryan. I, in no way, question the sincerity of Ryan’s faith or Ed Feulner’s for that matter—I really don’t—but then I think of Matthew’s gospel, 25: 35-37:

And I can’t help but think of the people (many of them children), whose food stamps are being cut, whose clean water is contaminated in Flint Michigan and in the coal mining country of West Virginia and is being threatened at Standing Rock, ND; I think Muslims and Mexicans being threatened with registries, walls, and deportation; I see Medicare being threatened, the Affordable Care Act being gutted and being replaced with useless tax credits and vouchers, and prisons being privatized for profit.
I can’t make sense of Ryan’s cognitive dissonance and the irreconcilable in-congruence between his fiscal policies and Matthew’s gospel. I think of idolatry—unconscious idolatry. A budget or tax plan which harms or further marginalizes and disenfranchises the most vulnerable among us is a false god. It is an idol!
I wish St. Thomas Aquinas would appear to Paul Ryan in a vision and tell him that his fiscal philosophy is straw!

In the movie, “Cast Away”, Tom Hanks plays an unconscious idolater—he worships time, specifically chronos or linear time, at the cathedral of FedEx! Their slogan is “The World on Time!”  Pay attention to how many time pieces and references to time there are in the first twenty minutes. Over Christmas dinner, he and his colleagues pay tribute to the “nativity” of FedEx rather than to the nativity of Jesus.
Tom Hanks, of course, doesn’t know he’s an idolater. Marooned on an island, Hanks’ character gradually realizes that chronos, linear time is a false god and that the church of FedEx no longer makes sense.

I doubt that anyone is a conscious idolater; it makes no sense to worship a false god, once you realize it is false.

John Newton, the author of the great hymn “Amazing Grace” was an unconscious idolater who was involved in the Atlantic slave trade until, in the midst of a terrible storm, he experienced the conversion that inspired the hymn.

Growing up in the Catholic Church in the 1950s we prayed every day for the “conversion of Russia.” It seems to me it’s time for the United States to take the plank out of our own eye ( Matthew 7:3) and pray daily for our own conversion.

“If you don’t want your tax dollars to help the poor, then stop saying you want a country based on Christian values, because you don’t”  -President Jimmy Carter

If you find these posts helpful, kindly share them.