Father John McNeil, S. J. saved my life in the early 1970s and, nearly four decades later, blessed it. He was unaware of our first encounter, but not of the second.

In the late 1960’s—1968 to be exact—my bride Georgia and I moved to New York with visions of Broadway dancing in our heads. Were it not for Georgia I would never have had the courage to leave home (Denver) and pursue my dreams—dreams that I assumed were our dreams. I am indebted to her forever.

In 1973, Georgia asked for a divorce (in our therapist’s office), which completely blindsided me, as I had spent months planning a celebration of our fifth wedding anniversary.

I was left alone in the room with the elephant of my thus far unexpressed homosexual desires. Good Catholic boy that I was, I had never acted on them. Georgia and I lived in the West Village blocks from the Stonewall Inn and adjacent to Greenwich Avenue, at the time, the biggest cruising street in Manhattan. With my hand on a bible I can swear that it never occurred to me that those men were looking at me.

Without the vows I had made to God and Georgia, I was defenseless against my desires and, in no time at all, I was behaving like a kid in a candy store—and Manhattan, in those days before AIDs, was some candy store!

I went to confession and told a priest that I had had intimate relations with another man and I didn’t know what to do.

“It’s too late to do anything,” was his less than compassionate reply, “You’ve already done it!”

I left the confessional almost – but not entirely, thank God—convinced that I was damned.

I found my way to an Episcopal priest who, I now know, with nothing but the intention of comforting me, put a hand on my knee (my knee, at least a foot away from any suggestion of hanky-panky) and, in my panic, I froze.

The Episcopal priest suggested I might be more comfortable speaking with an understanding Roman Catholic priest (at that moment I didn’t know there were any); he directed me to a Jesuit in the community adjacent to Columbia University. I wish I remembered the Jesuit’s name; I don’t. We spoke for over an hour and the priest gave me either a mimeographed or Xeroxed copy of Jesuit John McNeill’s as yet unpublished manuscript, The Church and the Homosexual. The priest directed me to read it and to continue to attend Mass and participate in the sacraments. I did as I was told (ever the obedient Catholic boy) and John’s manuscript and the compassionate counsel of the nameless Jesuit saved my faith and, quite likely, my life.

Years later, when I was acting as a consultant during a transition of pastors at MCCLA’s West Hollywood church, I happened to be  in the office when O’Neill, with his partner, showed up to preach and lead a day-long retreat and discovered that, in the chaos of transition, no one had arranged lodgings for them. I volunteered my house in the Hollywood hills (I owned it briefly—altogether overwhelming responsibilities) and John and his partner (later husband) Charles Chiarelli, spent three days as my guests.

In the 30 or so years that had passed since I was given his manuscript, The Church and the Homosexual had been published.

The manuscript was exhaustively reviewed by a panel of theologians and McNeill’s Jesuit superiors gave permission for the book to be published and it received the Vatican imprimatur (a declaration authorizing publication). A year later permission was retracted at the order of the Vatican, and McNeill was ordered by Cardinal Joseph Ratzinger, later Pope Benedict XVI, not to write or speak further publicly about the issue of homosexuality.  Ten years later Cardinal Ratzinger further ordered John to give up all ministries to gay persons and remain silent on gay issues or face expulsion from the Jesuits and the suspension of his priestly powers.

John, who survived time as a captive in a Nazi prisoner-of-war camp near Buchenwald, Germany, would not be intimidated or silenced and after, 40 years as a Jesuit, was ultimately expelled from the Jesuits on orders from Rome, for refusing to cease his ministry to gay men and lesbians.

With the Rev. Mychal Judge, Father McNeill, then living in New York, established an AIDS ministry, serving homeless people in Harlem. (Father Judge, a Franciscan priest who privately identified himself as gay, was a chaplain to the New York City Firefighters and was killed by falling debris in the immediate aftermath of the Sept. 11 attack on the World Trade Center while he was performing last rites on the firefighters.)

“Lord, take me where you want me to go,

Let me meet who you want me to meet,

Tell me what you want me to say,

And keep me out of the way.”

Jesuit priest and activist, Daniel Berrigan, speaks with affection and admiration for McNeill in his memoir, Portraits of Those I Love. 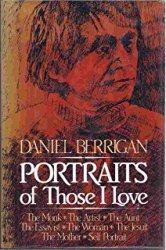 “(John) is, as I suggested, one of Kierkegaard’s enfants terrible, “a religious individual, out of tune and out of step. He has held a hand in his own, has sensed human suffering, has witnessed injustice, psychic destruction, stigma, rejection. From this gesture he takes the measure of the world, the measure of church teaching, the measure of his own soul. And so he walks a step further. It is not that he is ignorant, that he does not know he is on thin ice. Rather, he makes small account of such things; or at least (there is no point in creating a fiction here, a human without fear) he makes less account of personal danger than the unintended and unmerited suffering that his “prudence” would only worsen.”

Feminist theologian, Mary E. Hunt, said of John, “The difference is that John McNeill was honest, and he was honest early. And being honest early meant that he paid a large price. . . .  Let the name of John McNeill be revered for all eternity. Let “John McNeill” be synonymous with love and justice. In the near term, let’s think about how to extend his reach—perhaps endowing John McNeill chairs in every Catholic university to teach queer liberation studies. Let us, his survivors and the many who follow us, take up our pieces of the work that our good brother started. John led the way, kept a delightful faith, and lived his passion.”

The John McNeill, who was my houseguest for three days, was not at all the larger-than-life hero that I, for over 30 years, had imagined him to be. He was funny and down to earth and there was nothing of the victim or martyr about him.

As a houseguest, he had only two requests: hot coffee and a copy of the NY Times first thing in the morning.

John had confessed to his spiritual director of many years that, although he knew should begin each day with prayer and meditation, he just could not settle himself into a contemplative state until he’d had a couple of cups of hot coffee and read the New York Times.

The spiritual director, said “Fine” and suggest that John, in addition to his other prayers, “pray each day for some person or group of people he had read about in the morning Times.”

It is not for nothing that spiritual direction is called an art.

In the months leading up to the election, I began to spend an increasing amount of time on the Internet and particularly on Facebook. Sometimes I find myself on the computer first thing in the morning (Diet Coke in hand, I don’t drink coffee) before I’ve paused to pray. Following John’s example, not  a day has gone by that I have been unable to find people to pray for on the Internet —whether in Flint Michigan, the Smoky Mountains of Tennessee or, of course, Aleppo.

And so, I’ve begun to pray and meditate with Facebook.

One final memory about John McNeill: although he felt perfectly at peace about leaving the Jesuits he began to worry about where he would be buried. For most of his adult life he assumed it would be interred at the Jesuit cemetery in Woodstock, N. Y.  One day, his husband Charlie suggested that John be cremated. “I’ll keep your ashes in the trunk of my car,” Charlie teased John, “and then, on some brutal winter’s day when I see a car that has slid off the road and is stuck on the ice, I will take your ashes out of the trunk and spread them underneath the tires of the stuck vehicle, and, one last time, you will be able to be of service.” John said his spirit lifted and he never again worried about the disposition of his remains.

Theologian Maurice Blondel was a favorite of John’s. Blondel said,

I can think of no words that more perfectly describe the thrust of John McNeill’s life and vocation. I am blessed to have known him.

Harper One has announced a June 13 publication for James Martin, S. J.’s latest book: Building A Bridge: How the Catholic Church and the LGBT Community Can Enter into a Relationship of Respect, Compassion, and Sensitivity.

Father Martin, an editor-at-large for America magazine is a member of the same Jesuit province that was home to John Mc Neill and Daniel Berrigan. On April 12 of this year, Father Martin was appointed by Pope Paul, the successor to Pope Benedict who as Cardinal Ratzinger had silenced John McNeill and forced him to choose between his ministry and his family, the Jesuits) appointed Father Martin to be a consultant to the Vatican Secretariat on Communications.

The wheels sometimes turn slowly, but they do turn.