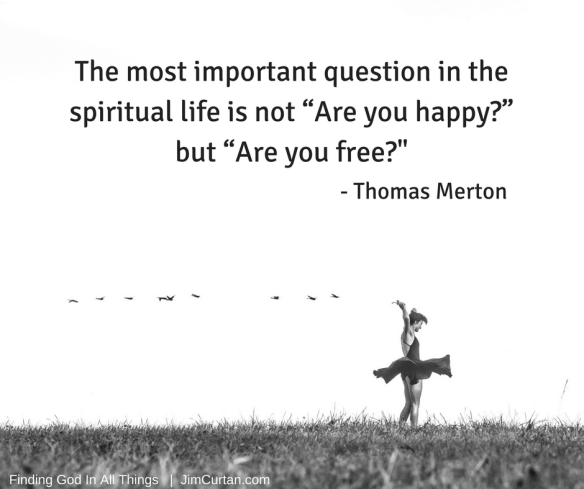 In early August of 2000, I arrived in Paris to visit my friends Terry and his mother, Alice.

I wasn’t a stranger to Paris. I’d first visited the city in 1961 with sixteen fellow college students as part of a whirlwind tour of 10 countries in three weeks with 16 other students.  It was classic “If it’s Tuesday, this must be Belgium.” Our guide/chaperone, Father Maginnis, S. J., was an opera-loving, epicurean Jesuit priest who was plagued with food poisoning seemingly every time he ate at a high-rated Michelin restaurant, while those of us who ate street food did just fine. Ill or not, Father Maginnis was determined to fill us with respect and awe for the culture of Europe even if killed him and it almost did.

We traveled from country to country in two VW microbuses, staying in hotels some nights and at campgrounds others. Many of the French and Belgian sites were unwelcoming until they discovered we were American and not German—it hadn’t been that long since the end of WWII and the trademark German microbuses were off-putting to them. Today it would probably be different—welcomed if we were Germans, treated with suspicion if we were Americans.

Shortly after my fortieth birthday, I moved to Paris for several months (I thought it would be longer) and shared an apartment with three friends. While there, I had a full-blown midlife crisis, sank into a deep, almost suicidal depression (a monumental waste of Paris). I was rescued by Terry and Alice who had come to visit for a few days and insisted that I come with them on a driving tour of southern France and Italy. They saved my life—and that’s not exaggeration.

On another trip to Paris I accompanied an acting client, Linda Kozlowski (female lead in the Crocodile Dundee movies) to Paris on a studio publicity junket. God only knows what it cost; everything was charged to the studio publicist’s expense account. We arrived on December 5, just in time to celebrate the Feast of St. Nicholas. I had never been in Paris in the winter— decorated for the holidays the “City of Lights” lifted up to its name. We stayed at the Georges V, perhaps the most luxurious hotel in Paris. We were wined and dined at Le Restaurant Jules Verne situated half way up the Eiffel Tower—it would be impossible to say what was more magnificent, the view or the cuisine. One particular perk of that trip was that Linda gave me the use of her car and driver for the afternoon so I could go Christmas shopping. Chauffeured Christmas shopping in Paris! What a life!

As I rode in the express bus from Charles de Gaulle Airport to the center of Paris in 2000, I was no longer a college student, I wasn’t, thank God, having another crisis, and I had retired from show business.

The bus dropped off the passengers in front of L’Opera where I came face to face with a poster advertising a gallery exhibition. The poster mesmerized me: the chin, neck and shoulders of a man are in shadow; light hits his hands which are crossed at the wrists, covering his bare chest. Underneath the image were the words, “Never Again.” 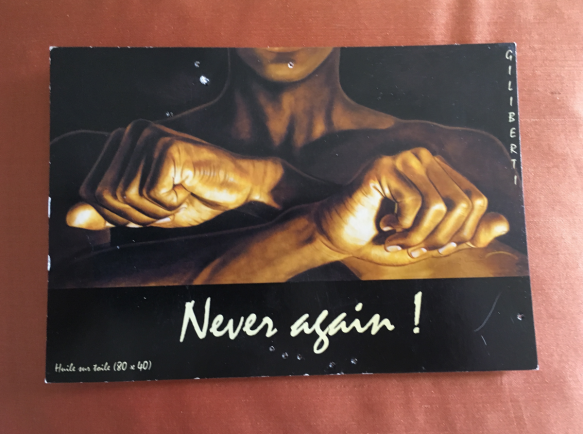 I had come to Paris with a conflicted heart. The poster perfectly symbolized the conflict.

I had encountered a teacher/guru in the spring of 1997, a month or so before my cancer diagnosis. The story of our first meeting in an underground parking garage in San Diego, which was bizarre even by my liberal standards, must wait for another time.

I spent a great deal of time with this teacher and I became devoted to him. As I wrote in a previous post, I committed to accepting cancer as my teacher, but instead of going to cancer school, I ended up in mystery school. If ever there was someone who could be described as an instructor in a mystery school, it was this man. The three years I had spent under his guidance had been transformative. His teaching liberated me; paradoxically, in spite of his integrity and dedication, I could no longer be unquestioningly obedient to his guidance. The signs had become increasingly clear that it was time to move on. The realization was painful for me and I had little doubt it would be painful for him. There is a melancholy wisdom in the teaching, “If you meet the Buddha on the road, kill him.”

I wrote down the address of the gallery:

Although I didn’t realize it at the time, in that moment what I had thought would be a vacation became a life-changing pilgrimage.

I took a cab to the apartment where my friends were staying. The apartment is a tiny jewel box in one of the most beautiful parts of Paris, Ile St. Louis —a small island in the middle of the Seine with easy access to both the Right Bank and the Left Bank. . The Cathedral Notre Dame is visible from the living room window and is a less than a five minute walk from the apartment. I had booked a room at a hotel in the Marais, a few minutes away.

I’ve been fortunate to travel with Terry and Alice several times since their life-saving intervention in 1982. They are perfect traveling companions. Terry stays up late and sleeps late. Alice spends mornings shopping for postcards, big earrings, and souvenir gifts for her friends and relatives back in the states. I like to be up and exploring first thing in the morning.

As a rule, the three of us don’t rendezvous until mid-to-late-afternoon and rarely with a firmly fixed time.

Each day I made the pilgrimage to the Galerie BENCHAIEB and no matter what time I arrived, morning or afternoon, it was closed.

There are so many beautiful places in Paris suitable for quiet contemplation that when I return to them I feel like I’m visiting old friends. I marvel at the genius and dedication of the anonymous artisans who created the stained-glass windows of Cathedral Notre Dame de Paris.  I smile when I pass by the exterior façade of the cathedral and watch as guides try to explain to incredulous tourists the religious significance of gargoyles and why Saint Denis is holding his head in his hand. 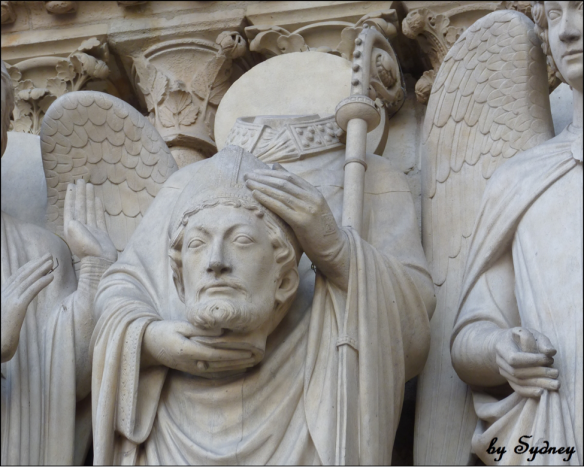 I took the funicular to the Sacre Coeur Basilica at the top of Montmartre and sat in the presence of the awe-inspiring mosaic above the main altar. While there I spotted a young man carrying his skateboard under his arm as he wandered through the church pausing occasionally to examine something that caught his interest.

I traveled by Metro to the Auguste Rodin Museum which had been the artist’s home and studio when he was alive. I return there primarily to see, what I think is Rodin’s masterpiece, The Burghers of Calais, which is a tribute to six of the city’s leaders who volunteered to be executed in order to end the siege that was starving their citizens. They were ordered by King Edward of III of England to come out of the city gates with nooses around their necks. In the distinct postures and haunted faces of the six figures, Rodin seems to have captured all of the suffering in the world. 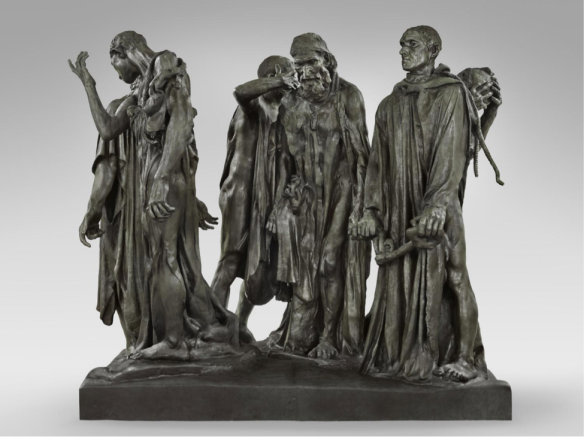 The Burghers of Calais by Auguste Rodin

I regularly return to St Gervais-et-Protais, an ancient church in the Marais district that I had discovered by accident on one of my visits. It is one of the secret treasures of Paris. 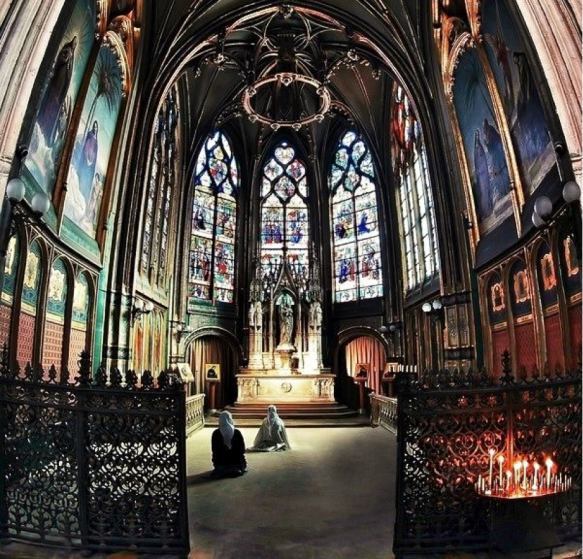 The first time I visited I had entered through a side door and its soul-soothing peacefulness had enchanted me. I’d been there three of four times before I exited through the main doors and discovered that it is just a few 100 feet from Hotel de Ville, Paris’s beautiful city hall.

In all the times I have returned to the church, I have rarely encountered more than three or four people. The church was built between 1494 and 1657. Construction was repeatedly interrupted by religious wars between Roman Catholics and Protestants. Interestingly, since 1975, it has been the home of the Monastic Fraternities of Jerusalem, a religious community dedicated to working and praying for an end to religious wars. This is from their rule:

“Be vigilant to keep in your heart a true concern for communion with all the sons of Abraham, Jews and Muslims, who are like you worshipers of the one God and for whom Jerusalem is equally a holy City.”

One afternoon, I stopped by the church on the way back to my hotel after another unsuccessful attempt to visit the Galerie BENCHAIEB. As I sat silently, an inner voice said, “Don’t confuse the radio with me. I’ll broadcast guidance through whomever and whatever I want. Just listen for my voice and don’t get attached to the radio.”

“Not at all,” the gentleman said. “I am the owner of the gallery. When you have finished your meal, I will be happy to show it to you.”

The gallery was small, intimate, no more than twenty paintings, all by Michel Giliberti, the artist from the poster I had seen at L’Opera. His art was considerably more homoerotic than the poster had suggested; it also had a dreamy, almost mystical feel to it. Many of the paintings portrayed beautiful angels, naked angels, all male. I moved around the room slowly, enjoying this “private” showing. I came upon one painting and was spellbound. 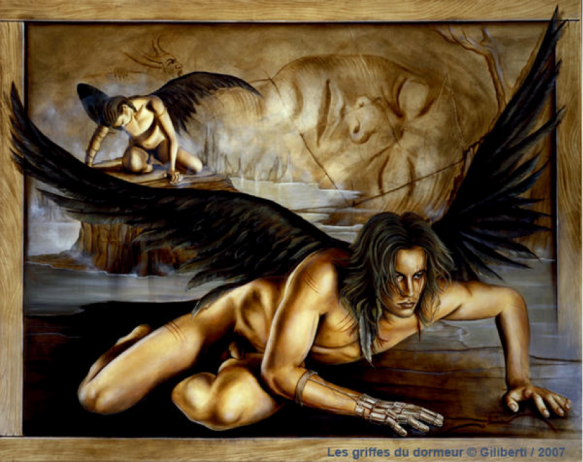 There are two angels, one in the foreground of the painting, wings spread, the other in the background. Both are fallen on their hands and knees but they are not praying. They are wounded and bleeding, exhausted from battle.  Superimposed over them is a transparent image of a man’s face, eyes closed, apparently dreaming.

I don’t know how many minutes I spent standing in front of the painting, lost in its power and beauty. At some point the gallery owner came up behind me. “You like it?” he asked. “

“It’s haunting.” I replied, not removing my gaze from the painting.

“You have a good eye. It is perhaps his most powerful work. Would you like to know the meaning of this painting?”

“It is a paradox,” he said in heavily accented but perfect English. “Both are angels. Both are good. Both are committed to do the will of God, but they must wound each other to do it.”

“You have no idea what you just said!”

“My English is not good?” he asked.

“No, no,” I assured him. “Your English is perfect. Better than perfect!  I have been suffering with this paradox for several months. Now it makes sense. You’ve just given me a great healing.”

If I could have afforded it, I might have bought the painting. I satisfied myself with two books of Giliberti’s paintings and postcards of “Never Again” and “Les Griffes du Dormeur” which are tacked to the bulletin board above my desk as I write this.

Each of us, not just my teacher and me, is called to be faithful to our vocations and destinies and it is inevitable, even with the people we love most, that we sometimes find ourselves conflict with each other.

Both the gallery owner’s explanation of the painting and the promptings of the inner voice I heard as I sat in the silence of St Gervais et St Protais, affirmed the intuitive guidance I had been resisting. I surrendered to the guidance with great relief.

As I headed back to the Ile Saint Louis to meet Alice and Terry, I remembered something my friend Javier Regueiro had recently said to me me, “We always want to change each other so we can have what we long for.”

I walked through the streets of Paris filled with a profound somewhat bittersweet sensation of freedom.

3 thoughts on “Both Angels Do The Will of God”