“To be a witness does not consist in engaging in propaganda, nor even in stirring people up, but in being a living mystery. It means to live one’s life in such a way that one’s life would not make sense if God did not exist.”  -Emmanuel Cardinal Suhard 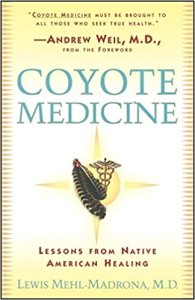 Shortly after I was diagnosed with cancer in the summer of 1997, I was introduced to Lewis Mehl-Madrona’s work by my therapist, Jim Fain, who had recently heard Lewis speak at the annual Creativity and Madness Conference in Santa Fe, NM. Jim suggested that I get a copy of Lewis’s book, Coyote Medicine, that it might be helpful in discerning the most appropriate response to the cancer diagnosis.

I was inspired and reassured by the book, especially by Lewis’s insistence that healing necessitates the integration of spiritual practice, complementary medicine, and allopathic medicine. He also stressed the importance of story in the work of healing. One of the first pieces of intuitive guidance I had received after my diagnosis was that “if I could keep my story interesting, God would let me live.”

I made arrangements to spend the first week in January, 1998, a quiet time at work, at the Center for Complementary Medicine at the University of Pittsburgh where Lewis was Medical Director.

I arrived in Pittsburgh in the midst of a blizzard and below freezing temperatures. The storm had delayed Lewis’ return but he had given his staff instructions for an immersive week-long nine-to-five healing intensive which included a physical, acupuncture, meditation classes, shiatsu massage, sessions with a nutritionist,  sessions with a psychiatrist who practiced hypnotherapy, and with a woman who practiced energy medicine and was a psychotherapist.

END_OF_DOCUMENT_TOKEN_TO_BE_REPLACED 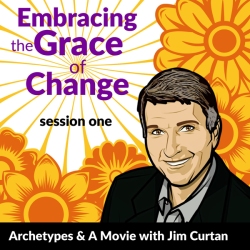 Sign up to receive periodic updates about workshops, events and new resources. Your information will be kept private.