“If a brother or sister has nothing to wear and no food for the day, and one of you says to them, ‘Go in peace, keep warm, and eat well,’ but you do not give them the necessities of the body, what good is it?”  James 2:15-16

On Sunday March 12, I attended Eucharist at All Saints Church in Pasadena, CA. I went especially to hear guest preacher, Reza Aslan, the Muslim scholar and author of Zealot, The Life and Times of Jesus of Nazareth. (Amazon link to book) 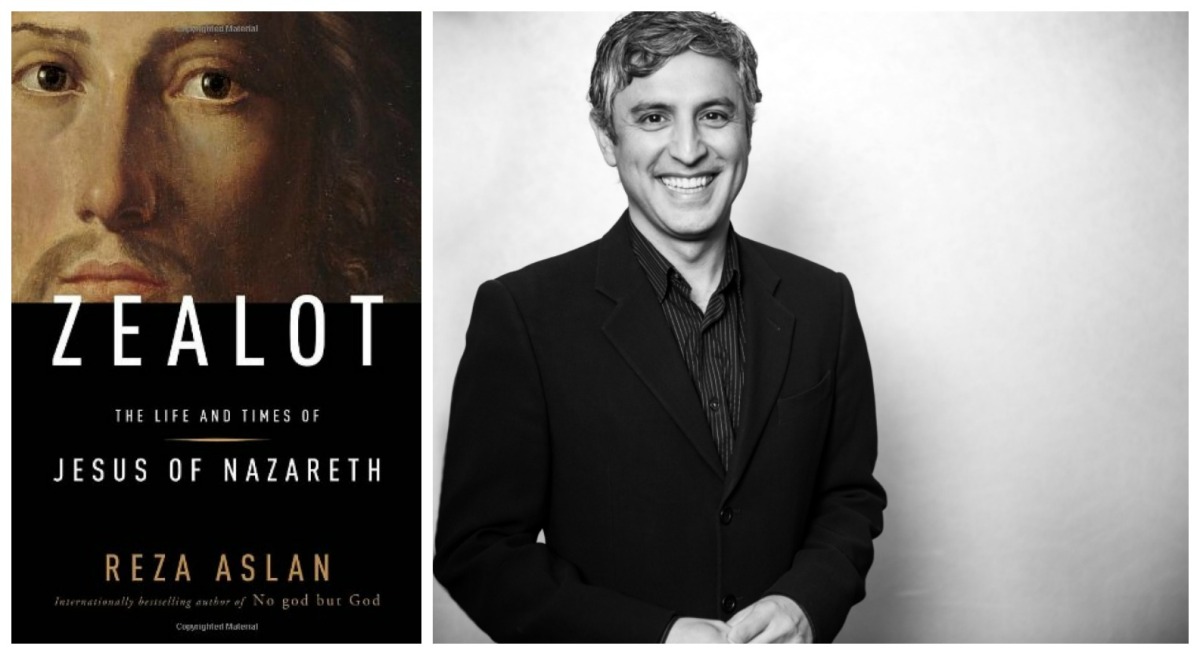 Mr. Aslan preached on the Letter of James (James, a First Century Saint for the Twenty-first Century) and he did not disappoint. You can watch his entire homily here.

“James’s community referred to itself collectively as “the poor”. That’s right. The very first term to designate the followers of Christ was not “Christian” it was “the poor.”

“So we shouldn’t be surprised by James’s epistle’s overwhelming focus on the poor. What is perhaps a little more surprising is its bitter condemnation of the rich and powerful.

Let’s be honest; this part of Jesus’s message has never been all that popular. Certainly not with the wealthy and powerful no matter how much they say the love Jesus. Not this part.

How else to explain politicians like Republican congressman Roger Marshall whose rationale for repealing the affordable care act and thus denying health care to millions who could not otherwise afford it, was to shrug and claim, “Like Jesus said, ‘the poor will always be with us.”

“How else to explain religious right leaders like Franklin Graham who justified the president’s Draconian regulations on immigration into the U. S by arguing that, ‘Well, God also does extreme vetting about who he allows to spend eternity with him, so why can’t the U. S. do the same?’ By the way I have a feeling that Franklin Graham is going to be surprised by the nature of God’s extreme vetting.”

On this point I think Pope Francis is correct when he said that “It’s hypocrisy to call yourself a Christian and chase away a refugee, or someone seeking help, or someone who is hungry or thirsty, to toss out someone who is in need of help. . . . It is better to be an atheist than a hypocritical Christian.”  (Here’s a link to Pope Francis’s homily.)

END_OF_DOCUMENT_TOKEN_TO_BE_REPLACED

“Obamacare replacement hits Trump voters hard. Some of the biggest losers in Republican plan are in counties that supported him”

In the late 1990’s someone published a business motivational book called, “Who Stole My Cheese?” It remained on the NY Times best-seller list for almost five years.

My take away was that the difference between rats and people is this. There are five tunnels; only one of them has cheese. Both rats and people will, soon, after discovering the tunnel with cheese, return to it repeatedly. However, if the cheese is moved from, say tunnel two to tunnel five, the rats will return to tunnel two a few times until they realize there is no longer any cheese down that tunnel. Then, the rats will begin to explore the other four tunnels until they find cheese. Human beings, on the other hand will go down tunnel two until they starve because it is the right tunnel.

I was reminded of this business fable several times as I read the NY Times best-seller, Hillbilly Elegy: A Memoir of a Family and Culture and Crisis by J. D. Vance. The book, which many critics have hailed as a key to understanding the “Trump voter,” follows Vance’s life through a harrowing boyhood and adolescence amongst his hillbilly relatives to his enlistment in the United States Marine Corps to his undergraduate studies at the University of Ohio until, finally, his graduation from the Yale University School of Law. His story is more than a little bit Dickensian.

The book is well-written, reportorial and compelling. It more than likely fulfills the criteria of Joseph Campbell’s “hero’s journey.” I recommend it highly; like James Baldwin’s books it, too, is a guide for pilgrims who are willing to make the journey to an unfamiliar world. I underlined so many passages that it might be easier to pick out the passages that weren’t underlined.

END_OF_DOCUMENT_TOKEN_TO_BE_REPLACED 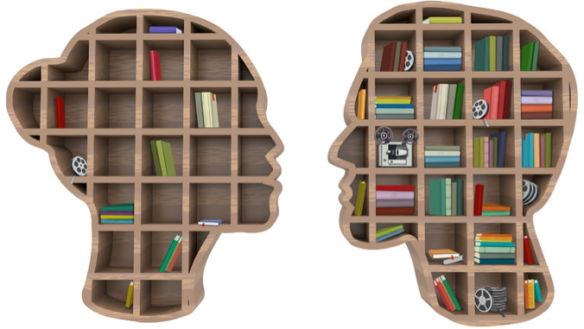 In the February 3, 2017 issue of the New York Times, the estimable Gloria Steinem published an Op-Ed piece called “Women Have Chic Flics; What About Men?”

I say estimable because I have long admired Ms. Steinem. I first became aware of her, not from her article about being an under-cover Playboy bunny, and my respect for her predates the publication of MS Magazine’s inaugural issue. It was her 1968 interview with Pat Nixon.

In 1968, newly transplanted from Denver Colorado to New York City, I became (and still am) a regular reader of New York magazine. Shortly before that year’s presidential election, the magazine published Ms. Steinem’s interview with the notoriously press-wary, Mrs. Nixon. After Mrs. Nixon responded to one of Steinem’s questions by saying that the woman she admired most was former first lady, Mamie Eisenhower, Steinem reports:

END_OF_DOCUMENT_TOKEN_TO_BE_REPLACED

In the late sixties when I was living in New York, my parents came to visit. I booked a room for them at the Warwick Hotel located down the street from the Museum of Modern Art (MOMA).

My wife and I had a studio apartment on West 76th between Broadway and West End Avenue. If the light was right and you squinted and you had a properly romantic view of life, you might have described our apartment as Bohemian. It wasn’t; threadbare would have been a more accurate description. Our neighborhood, which is now completely gentrified and pricy, was at the time called Needle Park; wasted addicts prowled the streets and needles and syringes were common in the gutters of the neighborhood. On the bright side, many artists, young actors, musicians and writers lived nearby. Rents were rent-controlled and cheap.

END_OF_DOCUMENT_TOKEN_TO_BE_REPLACED

“Seeing comes before words. The child looks and recognizes before it can speak.

“But there is another sense in which seeing comes before words. It is seeing which establishes our place in the surrounding world; we explain that world with words, but words can never undo the fact that we are surrounded by it. The relation between what we see and what we know is never settled.”

END_OF_DOCUMENT_TOKEN_TO_BE_REPLACED

My favorite picture from the Women’s March; Janice Posikoff photographed by Jody Rogac for Time Magazine

Janice Posikoff  “I’m here representing the territory of my mother, Lillian Posnikoff, from Alert Bay, Canada, and her ancestors, the Kwakwaka ‘wakw people’. “Can’t you feel what we’re getting out of this march? It’s unity, it’s solidarity, it’s everything that we all wanted. It’s sending the clear message that absolutely, absolutely, he’s not the popular president, and we’re going to fight every inch of the way, every time it looks like corruption is happening or injustice is happening, all of it.”

It seems to me that The Women’s March, January 21, 2017, which as far as I know, originated as a protest of and resistance to the policies of the president who had been inaugurated the day before, blossomed into a world-wide celebration of and call heard round-the-world to resilience.

END_OF_DOCUMENT_TOKEN_TO_BE_REPLACED

It is impossible not to contrast the mood of the presidential inaugural on January 20 with the world-wide Women’s March that took place a day later.

In Time magazine’s coverage of the inauguration, David Von Drehle wrote, “Trump’s rallying cry was resentment: resentment of foreign governments and industries, resentment of elected leaders and faceless elites, resentment of the empty factories and haunted cities that define the American landscape as rendered by its new leader. ‘American carnage,’ is how he tallied it all up . . . .”

Another Time reporter, Karl Vick, described the Women’s March differently: “(protest) signs were as bawdily exuberant as the crowds, which inevitably skewed activist but included many who had never demonstrated before, and who experienced in the gatherings both a stirring well of fellow feeling and sudden momentum. . .  Many said it was the best they’ve felt since election day.” 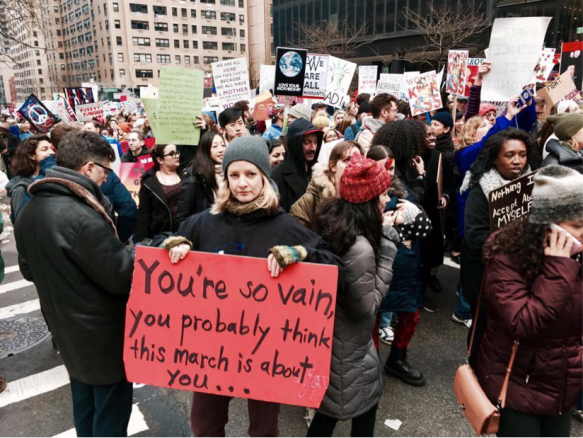 Conversations, e-mails and Facebook posts from friends, family and clients who attended the marches continue to confirm the exhilaration and fresh hope that were born of this event.

END_OF_DOCUMENT_TOKEN_TO_BE_REPLACED

This message was originally sent out to my newsletter subscribers but I was asked to post it as a blog as an introduction to this new section of my blog.

I was fortunate to have an appointment scheduled with my spiritual director, on the afternoon of November 9, the day after the election. I had lost my grounding. I told my director that I needed guidance in how to accept and respond to what I view as a national tragedy.

I was a mess of feelings: heartbreak, disbelief, grief, anger, fear and disillusionment, to name a few.

My spiritual director is Jesuit-trained, as am I; St. Ignatius of Loyola, the founder of the Jesuits, guides his followers to see God in all things. A profound spiritual experience I had in the 1980’s showed me without doubt that everything is a gift, everything is grace.

END_OF_DOCUMENT_TOKEN_TO_BE_REPLACED

Sign up to receive periodic updates about workshops, events and new resources. Your information will be kept private.